“You have the right to remain silent. Anything you say can and will be used against you.…” That’s how most episodes of Dragnet ended, my favorite old-time crime drama. The criminals rarely seemed to appreciate those rights though, if their sullen faces were any indication. Checkride applicants often report feeling like that handcuffed person, suddenly thrust into a situation where they are at the mercy of the FAA’s testing process and the mighty examiner. So, let me be like Dragnet’s Officer Joe Friday, and advise you of your rights as an applicant. There are actually many, and you should be familiar with them:

Next, on checkride day, the examiner will advise you of the Bill of Rights which is actually the right to know you are under investigation by the FAA. Once you pass your checkride, the examiner will print you a paper temporary pilot certificate, valid for 120 days. But before the FAA mails your permanent certificate card, they conduct an investigation to make sure there is nothing in your past that might make you an unsafe pilot, things like a history of alcohol or drug violations.

During the ground portion, or “oral exam,” I always advise my applicants they are free to leave at any time if they need water or a restroom break. Granted, if you take a break so you can go ask your instructor the answer to that problem you’ve been struggling with, that might create a problem. Also, the test is open book, so you have the right to use your resources. Exactly how much will be up to the examiner, but here’s how it typically works. If you cannot remember a detail, you can use any of the official texts mentioned in the Airman Certification Standards, like the FAR/ AIM or the POH. However, I do not allow resources to be used if we are discussing an inflight scenario, like right of way rules. If an airplane is actually coming at you head on, there will not be a pause button so you can take the time to look up the regulation. Also, you have the right to deliberate over your answer or use scratch paper to jot down an acronym. Nobody says there’s a time limit to your answers.

In the air, remember you are pilot in command, so by all means, assert your right to stay within your comfort level. If the examiner asks for touch and go’s, but you would like full stop landings, be sure to speak up. On several checkrides, I have informed applicants that we have a simulated engine fire, to which they reply, “Do you actually want me to cut off the mixture?” My response is always one of horror. Why would anyone be willing to put their life in danger simply to appease a deranged examiner? One would hope the examiner always has safety as the number one priority, but if this is ever not the case, you absolutely have the right to demand it. In the same vein, you have the right to end the flight at any time. If you feel ill or if the turbulence is worse than you expected, you can discontinue the flight and return to the airport. One note here though: if you chose to put that airplane in the air, you must be able to land it again unassisted. Your decision-making is one of the tasks being tested, so if you have to ask the examiner to land the plane because you’ve taken off in wind that was beyond your current level of ability, he will get you safely back on the ground, then likely send you back to your instructor for more training.

As someone who has been in the hot seat many times as a checkride applicant, I know that uncomfortable sensation of feeling like a hostage to the exam process. But remember, as the applicant, you have many rights, including the right to a fair and safe checkride with an examiner who will treat you with respect.

« What is the secret to passing your checkride? 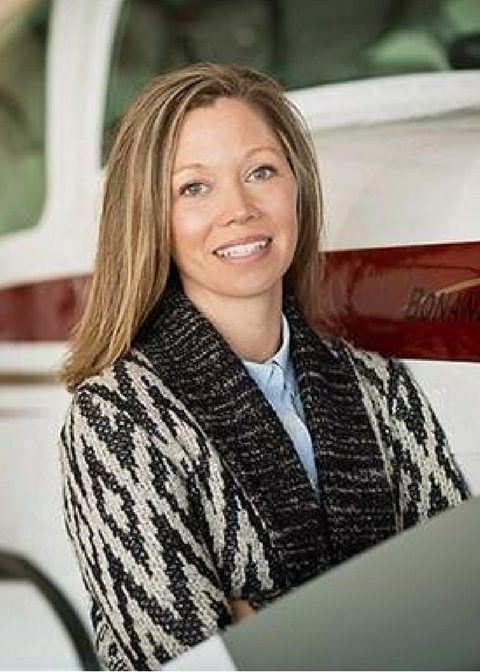